The last part of the mobility series deals with the future on two and four wheels. Especially since both versions are omnipresent in Amsterdam, the energetic metropolis in the heart of Europe.

Amsterdam is the city of bicycles. They are omnipresent throughout our tour. With around 900,000 inhabitants, the city has approximately 880,000 bicycles. Bicycles account for an unbelievable 58% share of inner city traffic.

However, our tour does not include riding bikes – participating in the “Fiets” fight for survival requires special skills. Here, the otherwise relaxed way of dealing with each other is thrown out of the window. Simply parking is only possible on special pontoons on the water, on which the bicycle parking spaces are spread over two levels.
Around 11,000 new parking spaces have been created at the Centraal Station in recent years. Visitors stand in amazement in front of all the walls of steel pushbikes.

The number of e-bikes is surprisingly small. Clearly, the residents of Amsterdam prefer to ride on their typical Dutch bikes, which are neither particularly ergonomic nor light. E-bikes tend to be used by the Dutch mainly for their weekend trips.

Meanwhile, our path has led us back to the parking garage. At least here there is a small charging station and some chic rental bikes with electric motors.

We are meeting Thijs van den Akker, our Dutch colleague and Product Manager, Device Connections and E-Mobility. We travel the next few kilometers with his VW Passat hybrid set to e-mode. The Dutch metropolis promotes the power of the battery and charging station – despite the fact that it is close to the coast, it is heavily polluted.

Amsterdam is also the Tesla Town. The density of the electrified luxury automobiles is enormous. And astonishingly many taxis also drive around with the noble T on the front hood. No wonder, as a taxi driver told me: “We won’t get any approval if we don’t operate a part of our fleet purely electrically”. And since Tesla has built its European headquarters in beautiful Amsterdam, the people of Amsterdam (and also the rest of Holland) were given special discounts. A small side effect is that used Tesla often have their first registration in the Netherlands even if they are sold in Germany as well …

The target was to have 4,000 charging stations in the metropolitan area by the end of 2018. By 2040, the entire transportation system is to be electrified – an ambitious goal. Our next stop is one of the Fastned fast charging stations on the Amsterdam orbital freeway. The wooden structure with its solar-paneled roof can be seen from a long way off – this is not a dingy backyard corner on the outskirts of the refueling business. As Thijs drives up, three vehicles are currently being charged, two of them at the 350 kW fast charging column.

The name Fastned says it all – it is an amalgamation of fast and ned (for the Netherlands). Fastned relies on the technology of Phoenix Contact E-Mobility, which Thijs is proud to point out.

The vision was to have a fast charging station every 40 kilometers along the freeway network – this has already been achieved in the Netherlands. And besides other consortia that are expanding the infrastructure of electric mobility, Fastned is also expanding. The folded wooden roofs have long since conquered their place in other European countries along the itineraries.

At the end of the day the feet hurt and the head smokes. Amsterdam, the stronghold of the bicycle and the historic canals, is already a charming and daring place for all kinds of transport. In the near future, however, the combustion engine will have a hard time in the Dutch metropolis, whether by boat, car or motorcycle, by taxi or ferry. In addition, even construction machines and generators are in the sights of urban planners. Their diesel-powered engines, too, will soon have to cease combustion and electric motors will have to give way.

Such different concepts and situations also require a multitude of solutions and a mature and secure technology. So you can be pretty sure that the Phoenix Contact Netherlands team will not run out of ideas and applications. 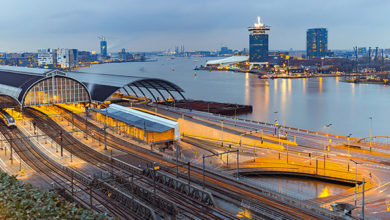 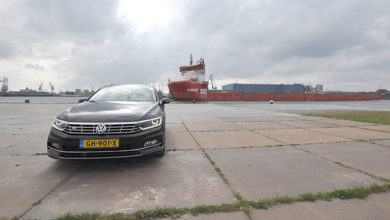 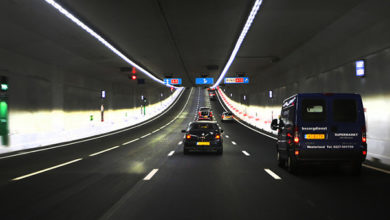