When a blank sheet meets intensive teamwork – Miniaturization is a phenomenon that has already transformed entire industries. Ever more functions in ever smaller devices – something that control cabinet manufacturers also want. At Phoenix Contact, they will find a whole family of surge protection devices with world-record dimensions. Developing these did, however, require completely new approaches.

The Trabtech colleagues enjoy special status at Phoenix Contact in Blomberg. They do not just occupy one of the most modern office and laboratory buildings on the expansive campus. If they want to create a lightning strike during one of their tests, they must first call the municipal utilities in order to ensure that there are enough reserves flowing in the power lines – otherwise all the lights will go out in the small East Westphalian town.

“ We were able to and had to go completely crazy. Without a
requirement specification. After all, we had to develop an absolute cracker.”

For a good reason: Phoenix Contact is one of the leading manufacturers of surge protective devices in the world. The reason for this technologically pioneering role: constant development. Phoenix Contact has been protecting the interiors of control cabinets and machines since 1983. With the Termitrab complete product range, however, new ground has been broken.

Reductions down to world-record dimensions

Thorsten Heil, Peter Berg, and Steffen Pförtner belong to the team that came together for the first time in 2012 with the goal of creating space in the control cabinet. “We had been hearing this request from several of our customers. It is a major trend in control cabinet manufacturing.”

The ambitious framework conditions were quickly set: “We wanted to go down to a width of just 3.5 millimeters. At the same time, the protective device needed to be easy to maintain in order to ensure a good level of convenience for the installers”, explains Peter Berg, one of the team’s developers and designers. Steffen Pförtner, also a developer and responsible for the electrical components, adds: “The feasibility of a final production test was also very important from the start.” Product Manager Thorsten Heil goes on to explain: “But we quickly realized that if we really wanted to make the device drastically smaller, we would have to break completely new ground.”

But before the haggling over tenths of millimeters could begin, the framework conditions had to be created. “Here, Dr. Martin Wetter, as the head of Trabtech, was not only the initiator, but also the moderator. He created the freedoms necessary for us to really be able to start with a completely blank sheet.” recalls Product Manager Heil, still impressed. “We were able to and we had to go completely crazy, without a requirement specification.” Steffen Pförtner adds: “And we wanted to take advantage of this and come up with an absolute cracker,” and, grinning, he adds: “and we succeeded, too!”

After a six-month creative phase, a core team was established. The freedom was also expressed in the working environment. “We moved into a large project office in the neighboring production facility with the entire team. The team sat very closely together. The specialists came from all departments, and so our work was completely interdisciplinary.”

Exchanges across the desks, morning rounds, transparent project planning – the team grew very close over the next two years. “The system concept, which we wanted to develop from the start, was very important to us. Not just an individual module. And then the remote messaging function across 40 surge arresters. And the flexibility of the connection technology and integrated functions.”

Not a simple task: After all, the targeted width of just three millimeters was a revolutionary scale, even for low-profile gas-filled surge arresters. In the end, despite all of the tricks employed, the narrowest version was 3.5 millimeters, and six millimeters for the rest of the Termitrab complete family. “We had discussions again and again, we were always looking for solutions to problems that arose. And we also sometimes thought that we would fail.” The detail-obsessed experts plunged right down to the level of the plastic injection process, and developed innovations together with the company’s own tool builders.

Even the suppliers were amazed by their depth of knowledge: the words “We have never had a customer who knows so much about our components” were echoed throughout the industry. The first reward for their efforts: The Termitrab complete series was ennobled by being included in the company’s Highlight program, which freed up additional marketing and development resources. Resources that spurred them on, because there were still a large number of approvals that needed to be gained.

“Integrating all of the properties was extreme”, says developer Berg, ”Plastics, metals, the influence of temperature, gases, salty air, and other environmental factors.”

Success thanks to the system tool kit

The market launch in 2017 began with a range that already included 107 product versions, all of them tested and approved. The response was enormous, right from the start. This acceptance on the market justifies the effort, because the sales of these super-narrow surge protective devices is well above plan. And the modular system enables rapid response times to special requests. Narrow is indeed in demand! 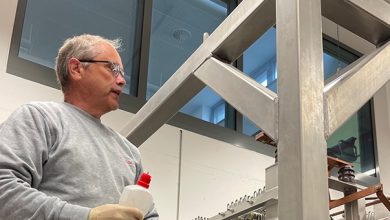 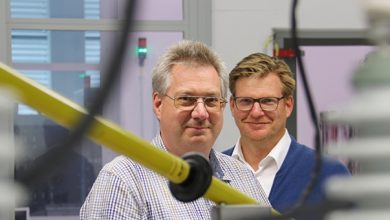