The independent test and inspection institute Phoenix Testlab can certainly be called a pioneer in the world of electrical engineering. It is now officially one of the “Milestones in electronics“.

This award, presented by the trade magazine Elektronik Praxis from the Vogel-Verlag, recognizes the pioneering role of Phoenix Testlab in the field of EMC testing (for more than 25 years) and in battery testing (for 15 years).

In 2017 Elektronik Praxis celebrated its 50th anniversary and in this context has developed the series “Milestones in Electronics”, which presents companies, people and products that have decisively shaped the world of electronics.

Although the award was not presented at a grand gala, Managing Director Dr. Altmaier accepted the award with obvious pride.

A detailed article about the creation and work of the Testlab team can be found here. And why security is a big issue for the Blombergers is revealed by these lines. 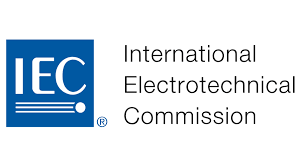 The master of standardization